Have you ever wondered what your parents were thinking when they named you?

You see, names mean things, and I’m pretty sure your parents assigned some meaning to your name. Are you…

Which one are you?  I am family name baby.  My name is Justin.  It means Just or Fair (I knew I should have been a lawyer).

If you are a guy, you tend to get nicknames too. My friends (that’s you) call me JZ.  It’s easy to remember and it’s a pop culture nod to Jay-Z. It’s definitely not any indication of my rapping skillz!

Speaking of Jay-Z, this is a guy who has a rich name etymology.  Born Shawn Carter.  Given original rap name Jazzy. Later changed his rap moniker to Jay-Z to salute his mentor rapper and producer, Jaz-O, and the subway lines of his hometown of Brooklyn and finally self proclaimed Rap God “J-Hova”.

Anyway, I”m totally on a tangent here, so I will spare you the name history for P. Diddy and Prince, but you get the point..

Regardless of what your name, nickname or rap name is, your name has meaning tied to it.  Your name gives people something to hold onto. Your name is directly linked to your identity; it personalizes you. When you share your name, you open a door to yourself. Everyone recognizes himself or herself by name.  Historically a person’s name was thought to determine his or fate and destiny.

Just like your name adds or defines your character, so can naming your running routes.  Naming your runs gives them personality.  They serve as stories and experiences you have while doing road work.  It makes sharing your experience with others fun.

I stumbled on this little trick after doing a run that was full of HUGE hills.  It was grueling and afterwards I told my friends that the run “almost broke my back”. This is the route: 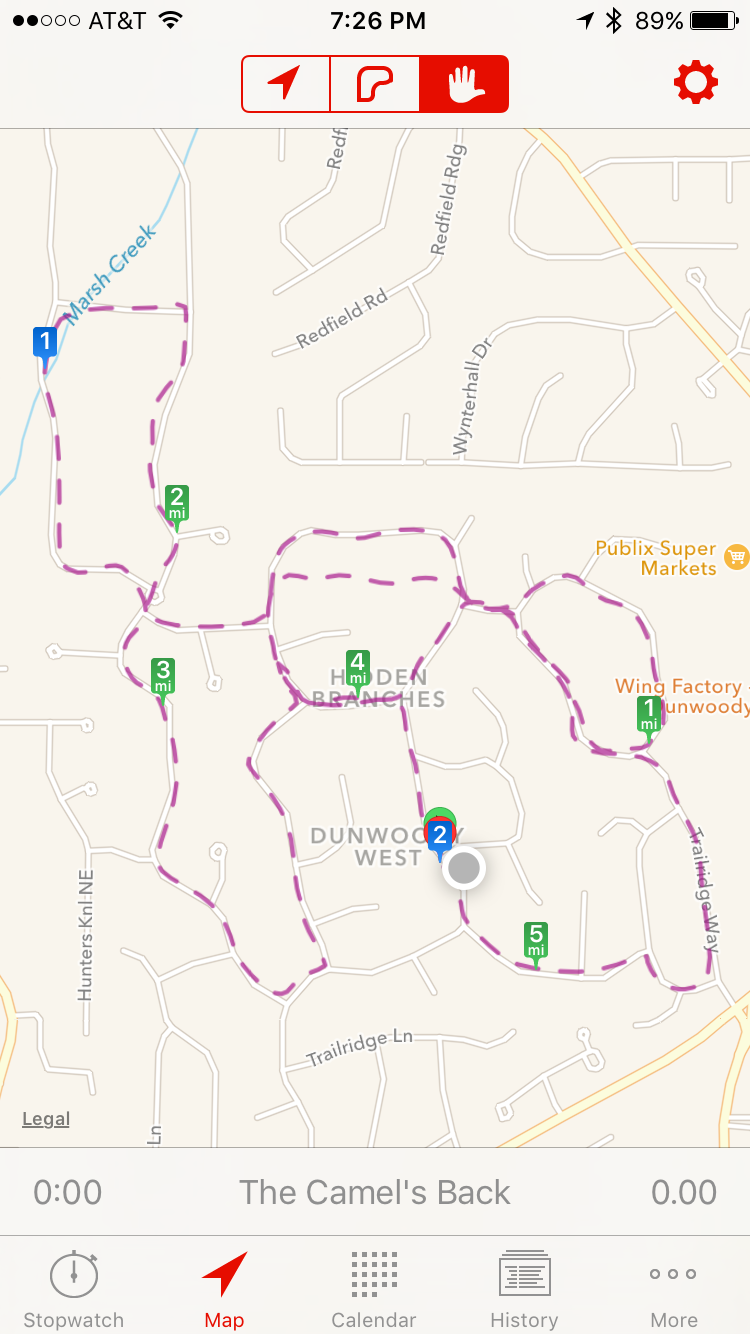 It looks like a camel!! I named it “The Camel’s Back” because it almost broke mine. I now know that if I want a really tough hill workout, I can scroll through my historical runs on runmeter and instantly remember the thigh burn from breaking the camel’s back!

Here’s another one from this past weekend.  I went out for a 5 mile run and I was pretty grumpy about it. Guess what I named it… 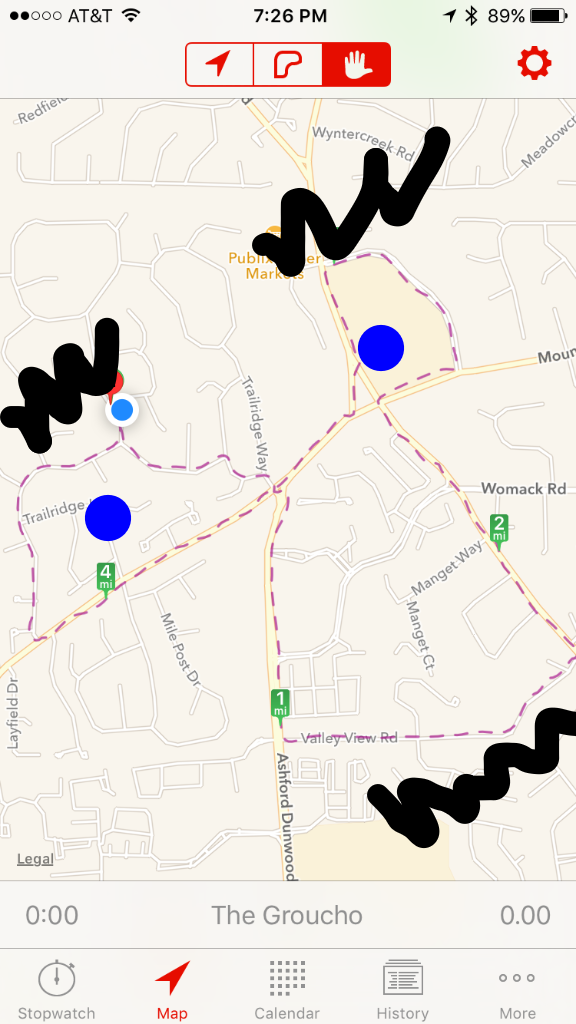 If you use an app like runmeter, you can give your runs a nice little nickname. Choose wisely.  You don’t want to pre-destine your next run for pain.  Naming things, like runs make them some how more human. It adds an element of fun to your run.

Get creative, go for a new run and see what you end up drawing on the map.

What would you name your run from this week?

Previous StoryInjured? Don’t get mad. Get even.
Next StoryRemember the death crawl the next time you hit the wall